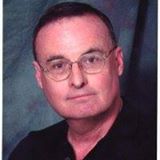 Dr. Jim Jackson grew up in Los Angeles and San Francisco and like many people in Austin migrated to Austin to attend UT’s LBJ School of Public Affairs. Dr. Jackson is both a pastoral and chemical dependency counselor who is now in his 27th year in community mental health. He is both a teacher and a counselor in this field and feels that the issues we face will require well prepared professionals for the future and has worked very hard to put persons of color into the work.

Dr. Jackson has been involved in NAMI for years, was one of the people who brought Family Connections to Austin, served as Board Vice President of both the Central Texas Council on Alcoholismand Lifesteps the Williamson Co Council. He is a past TAAP President and a member of African American Behavioral Health in Austin.

In addition to a doctorate in Pastoral Care, he holds a Master’s degree n program management and a Bachelor’s in social Work and Sociology. His introduction to cognitive behavioral therapy was with Dr. Aaron Beck, his studies in DBT were under Dr. Perry Hoffman and Dr. Alan Kugler of NEABPD and Dr. Marsha Linehan of the University of Washington at Seattle.

His supportive family is made up of his wife Nora of nearly 36 years and his son John.